What is resistance welding?

Screwed, Riveting, welding, and arc welding all require something added to the metal to be subject together. In addition, screwing and riveting requires holes made in the metal to fit screws and rivets. The resistance welding It requires neither additional material nor holes in the metal.

How it makes resistance welding?

The two pieces of metal by joining the metal plates to be welded by force by the welder to join to the electrodes and in turn have an excellent electrical contact is tightened. Then the electric current passes through them, heating them until they begin to melt at the site are in contact. The molten metal of the two pieces flow together; then the molten metal stream is turned off and solidifies, forming a solid metal connection between the two parts. The term “Resistance Welding” It comes from the fact that electrical property is the resistance of the metal due to heat generation of heat solda. 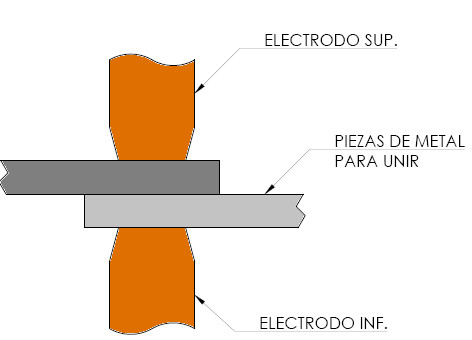 What are the important factors in conducting welding? It is important to prepare the area for resistance welding with the amount of current, the length of time that energy flows, strength and tightness of the parts. The optimal value of the parameters varies from hanging metal and thickness, for instance: for common use of low-carbon steel 1/16 “of thickness, a typical value of the current is 10.000 amps, for a time 1/4 second, and 600 pounds of force electrodes. Programs resistance welding They are available through the American Welding Society, Resistance Welder Manufacturers Association, and most manufacturers resistance welding (ALCAVIL).

How adequate power is obtained?

A stream of 10,000 facilemente ampers is not available to any standard output. 50 amps is the maximum output current of an electric box or a home office. Even in factories where large amounts of electricity are used 200 amperes is typical of electric current available distributors. By get yourself, for get 10,000 amperes needed for the resistance welding, you need to use a device to lift the current relatively low line current.

What device is used?

The device generally used is a transformer. The transformer with a potentiometer which raises or lowers the voltage, the current can be transformed in this way. The transformer consists of 2 wire coils, called the primary and secondary, around an iron core, properties through 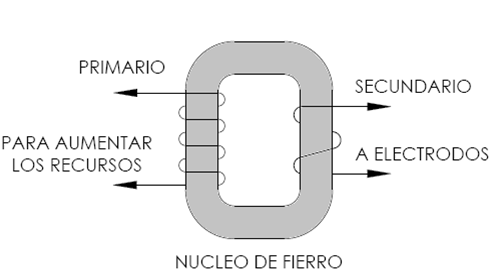 magnetic iron. The factor by which the current voltage is powered up or down based crossed the amount of times the winding wire goes around the iron core. In the example above where 10,000 amps are required, a transformer could do with hundred turns in the primary and two turns in the secondary, or a relationship of rotation of the fifty, o 10.000 amps in the secondary, enough to make the welding work.

What time is controlled?

The length of time the welding current passing from the two pieces of metal to be welded is also important. Therefore, the device to turn on the power "Prendida" or "Off" is a critical part of the system. one relay is used or manually operated switch can be considered switch could be considered as a switching device, but either would be inadequate due to the relatively slow speed of operation. In the above example must be current for only 01.04 seconds. It is very difficult to turn a switch on and off again in the second quarter, and even harder to do it consistently, Therefore, some electronic devices with no moving parts must be used. Two such devices are available. The tube ignitron, which it has been used for many years, It is one of the silicon controlled rectifiers or its acronym (SCR), a more recent development, is another one. Both operate by virtue of the fact that a small electrical signal applied to the device allows it to turn in a fraction of a second and carry out a large current. Removal of electrical signal allows the device turns off again. They are possible to quick start and diversion because they are not mechanical.